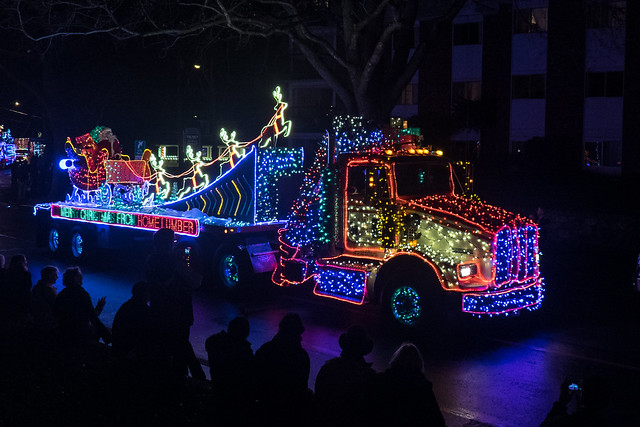 I can’t remember who said it originally, but it resonated with me as well: “It’s not Christmas until I’ve seen ads for Chia pets and the Clapper”. Well, I’ve seen them both now, so 😉

The other side of the coin is the Christmas community celebrations. Last night in Victoria we had the Lighted Truck Parade and the Lighted Ship Parade.

There were a lot more trucks than ships, but with either, it’s impressive how much effort some folks put in to make it a success for the community. Kudos to them!

My ship prize goes to the tropical Santa: 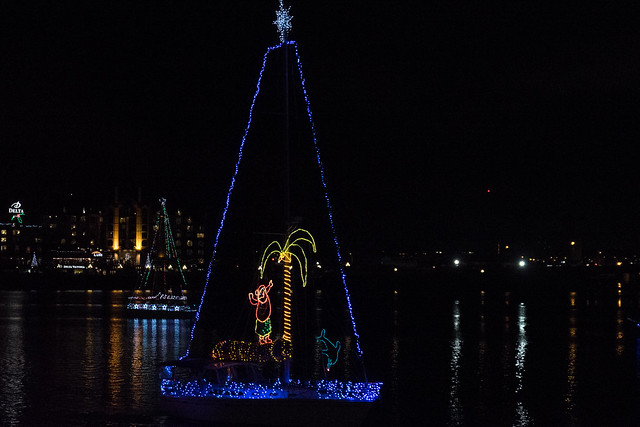