Last year marked the first time in about 50 years that a BC Electric Rail car ran in Surrey.

A fleet of the electric train cars use to run throughout the lower mainland, around Vancouver, and out to Chilliwack, BC on a regular basis. As cars and roads got more popular, fewer people used the train, so the service folded into history.

Over the last few years, volunteers in the Fraser Valley Heritage Rail Society put in thousands of hours and lots of sponsor dollars restore one of the few remaining cars to working order. With that car operational, they’ve started on a couple of more, for a small fleet, and they’ve built a station for the works. It’s becoming quite a tourist attraction for the area.

Throughout the summer of 2013, the restored car (BCER 1225) ran between the Cloverdale and Sullivan neighbourhoods in Surrey, about a 55 minute round trip. When the season had closed, over 5000 people had taken the trip, and some had taken it multiple times. Not bad for the first year!

They’ll be opening up again May 11, 2014, and the train will run for most of the day on Saturdays and Sundays throughout the summer. Here’s wishing them luck. 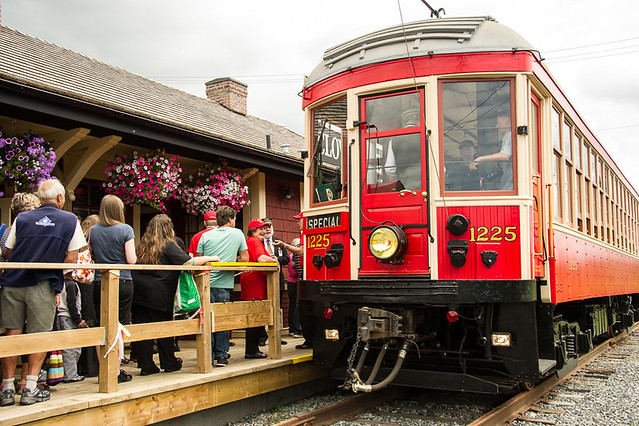